It’s Eurovision time again! Where has the time gone? I had almost decided to skip the traditional Eurovision Drinking Game Rules post this year, but Hubby convinced me otherwise. So, somewhat belatedly – sorry folks, I’ve been incredibly busy the last few months – it’s that time again! The 61st Eurovision Song Contest takes place tonight – yes, TONIGHT – May 14th 2016, in Stockholm. <whispers> And this year, I’m going to miss it! The pathos! The tragedy! So I need all you guys to play extra hard on my behalf, OK?

Before we go on, I must pause to welcome our American friends, who for the first time ever can watch Eurovision live on tv! How exciting for you guys! You are, I suspect, going to find the whole thing rather mystifying – don’t worry, just keep drinking, and you’ll find the disorientating effect of the contest itself is rapidly replaced with a soft and comforting dizziness. The Eurovision Song Contest has a long and distinguished history, in much of Western Europe, both as an iconic event in the pantheon of LBGT pride, and as an excuse for an almighty pissed-up party. Inexplicably, some of our Eastern neighbours meanwhile insist on taking the whole thing seriously. Anyway, welcome y’all, join in, and enjoy! 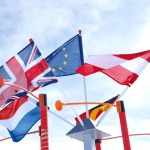 Like so many good and worthwhile ideas, these rules started life at a university party, well over a decade ago. They have been carefully curated and updated over the years, and play-tested by a number of kind ‘volunteers’, some of whom even recalled enough the next morning to provide helpful feedback and suggestions! So, without further ado, I present to you – The Countryskillsblog.com Eurovision Drinking Game, 2016 Edition.

This is a forfeit game. A variety of features of songs and the performances have been selected, and their appearance triggers a drinking forfeit. This is usually (but not always!) ‘take a swig’.

It’s a really good idea to divide up the countries and songs between your players. Extensive play-testing experience suggests that human beings with normal sized livers (or those who wish to retain them, in any case!) should probably not attempt to play for more than three or four songs each.

You might do this by ballot, draw straws before each song, or adopt some other creative or arcane method of your choice (rolling dice, top trumps, whatever you fancy frankly!). Smaller parties may chose not to allocate a player to every songs. All of the players playing for every song is likely to result in unpleasant consequences, and cannot be recommended!

Certain features of the song and performance trigger a forfeit. These features can appear more than once in a performance (and sadly, often do!) and ‘score’ each time they appear – so the now legendary ‘Bucks Fizz’ skirt removal would represent a single costume change, because it happened in one go, but a song that repeatedly swaps languages or makes major-to-minor-and-back-again key transitions triggers a forfeit on each switch.

The host country puts on a performance on during the ‘voting gap’. Everyone plays for this segment, using the same forfeit list as for the songs. 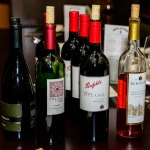 The voting round should be considered advanced play, and may be unsuitable for novice players or those with a delicate constitution. These rules are intentionally kept simple. They need to be, by this time in the evening!

Well, that’s all, folks! Have fun at your Eurovision parties, and if you do decide to try these rules, please do comment here or tweet me @CountrySkills. Do please share widely – everyone needs a bit of Eurovision fun in their lives!