Making your own entertainment is, most definitely, a country skill. Living out of town, you don’t have access to restaurants, bars and cinemas without resorting to the car or a rather expensive cab. There’s the pub, and village activities – a great sense of community, but necessarily limited in it’s options! 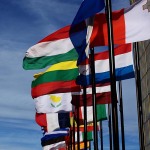 It’s been said that, while the rest of Europe may feel embarrassed or nonplussed, sometimes, by the cultural festival that is the annual Eurovision Song Contest, the British are the only ones who seem to think it’s a drinking game. [If you’re not European, then I’m sorry, the rest of this post is likely to be pretty confusing!].

There are many variations, of course, but this one one is *mine*. I started developing it when I was still a student, and a number of victims have ‘play-tested’ it for me over the years (you know who you are!). Some even remembered enough the next day to make suggestions for improvements, which have been incorporated over time.

So, revised and refreshed, in time for the 2013 Eurovision Song Contest, which this Saturday will come from Malmo, in Sweden, it’s time to offer it up as a game for the world to enjoy! Break out the home-brewed cider, and play along!

Everyone at the party *could* play for every song, but that may be unwise! Better, probably, to divide up the performances between the party-goers, either by drawing lots before the contest starts, or drawing straws between the performances, which adds a more immediate sense of peril and means some people might end up amusingly and disproportionately ‘picked on’ (clustering in random distributions is a bitch!).

Obviously, if it’s a very small party, not all songs need to be allocated, and likewise, in a big group, more than one player can play for any given song. (Also see ‘variations’ suggested below.) Non-drinkers & children can still have fun by identifying and shouting out the trigger rules when they appear.

And now, the rules –

Begin any song that you’re playing with a fully-charged glass.

These are the ‘trigger’ features of songs and performances for which the player should drink. These features can appear more than once in a performance (and sadly, often do!), and ‘score’ each time they appear – so the famous ‘Bucks Fizz’ skirt removal would be a single costume change, because it happened in one go, but a song that repeatedly swaps languages or makes major-to-minor-and-back-again key transitions gets a drink on each switch. 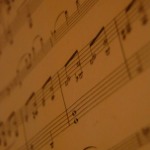 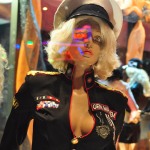 and, last but not least

Traditionally the host country puts on a performance on during the ‘voting gap’. Everyone plays for this one. Use the same forfeit list above, but all penalties are doubled.

I haven’t got rules for the voting – in my experience the mood of the assembled party generally doesn’t require any further ‘lifting’ by that stage in the evening!

Rather than allocating countries’ songs to players by ballot, the enthusiastic party host could assemble a trivia question for each country in the contest (as simple or as fiendish as they like!). Players getting it wrong would play that country’s song. Of course, this is less fun if the host was planning on playing too, as they’ll know all the answers.

Well, that’s it, folks! Have fun at all your Eurovision parties, and if you do decide to try these rules, do let me know how you found them, and any suggestions you might have for improving them in future years.

8 thoughts on “The Eurovision Drinking Game – because in the country, you make your own fun!”